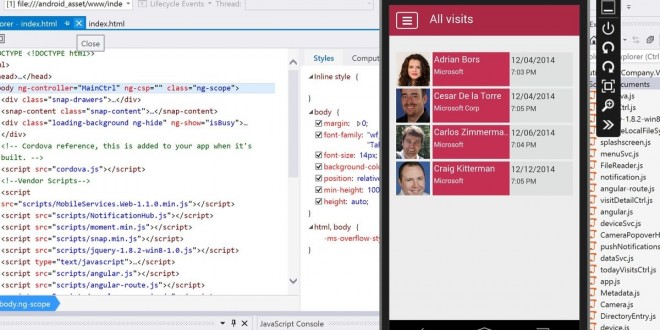 Visual Studio 2015 will launch on July 20, nine days before Windows 10

Visual Studio 2015 will launch on July 20, nine days before Windows 10

On July 29, Microsoft will officially release Windows 10, but nine days beforehand, on July 20, the company will launch the final version of its Visual Studio 2015 software development tools. Microsoft will also make Team Foundation Server 2015 and .NET 4.6 available for download on July 20.

Visual Studio is used by millions of developers around the world to create the applications that you open every day. With this latest release, the company is targeting everything from cross platform development for iOS, Android and Windows to game development with Unity, Unreal, Cocos.

I am a multi skilled Software Engineer with over 4 year’s industry experience in designing and developing Object oriented solutions in Multi layered & N-Tired. I have substantial success to my credit. I have consistently handled complex problems to the satisfaction of my clients by working in stressful situations. I enjoy learning and applying new technologies in a dynamic and forward thinking professional environment.
@sallahuddin
Previous Microsoft launches new Calls+ app for Windows Phone
Next Comparing Laravel CodeIgniter & CakePHP