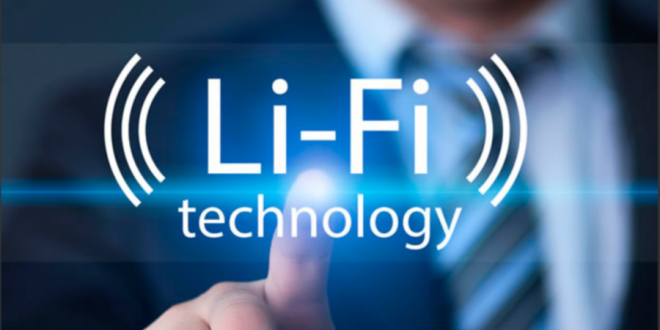 A new type of wireless internet technology has been developed that could provide a connection that’s 100 times faster than traditional WiFi.The tech is called LiFi, and was tested by an Estonian start-up called Velmenni, who are currently trialling it in offices.

LiFi has proved capable of sending data at speeds of up to 1 GBps, around 100 times faster than most current WiFi connections.

At speeds like this, albums, high-definition films and even video games could be downloaded in a matter of seconds.

The speed is down to the way in which it transmits data – by using Visible Light Communication (VLC), data is sent between networks by LED lights that flicker incredibly fast.

The technology does have one major limitation – because it relies on visible light to work, it can’t pass through walls.

However, this makes the network much more secure. The dramatically increased speeds make it a big improvement on current technology for some applications as well.

Professor Harald Haas, from the University of Edinburgh, pioneered the technology and coined the term LiFi in 2011, but this is the first time it’s been used in a ‘real world’ setting.

Deepak Solanki, CEO of Velmenni, told the International Business Times that the technology could be rolled out to consumers within the next three to four years.

However, due to LiFi’s limitations, it would be likely to run in parallel with existing technology to increase a network’s speed and efficiency.

However, if the infastructure catches up, LiFi could become much more widely used, especially if it’s transmitted through our lightbulbs, as Professor Haas suggested in a 2011 TED Talk.

As Haas said: “All we need to do is fit a small microchip to every potential illumination device and this would then combine two basic functionalities: illumination and wireless data transmission.”

I am a multi skilled Software Engineer with over 4 year’s industry experience in designing and developing Object oriented solutions in Multi layered & N-Tired. I have substantial success to my credit. I have consistently handled complex problems to the satisfaction of my clients by working in stressful situations. I enjoy learning and applying new technologies in a dynamic and forward thinking professional environment.
@sallahuddin
Previous Google Launches Android Studio 2.0 With 50 Time Fast Android Emulator
Next 10 Programming Languages Programmer Should Learn Now